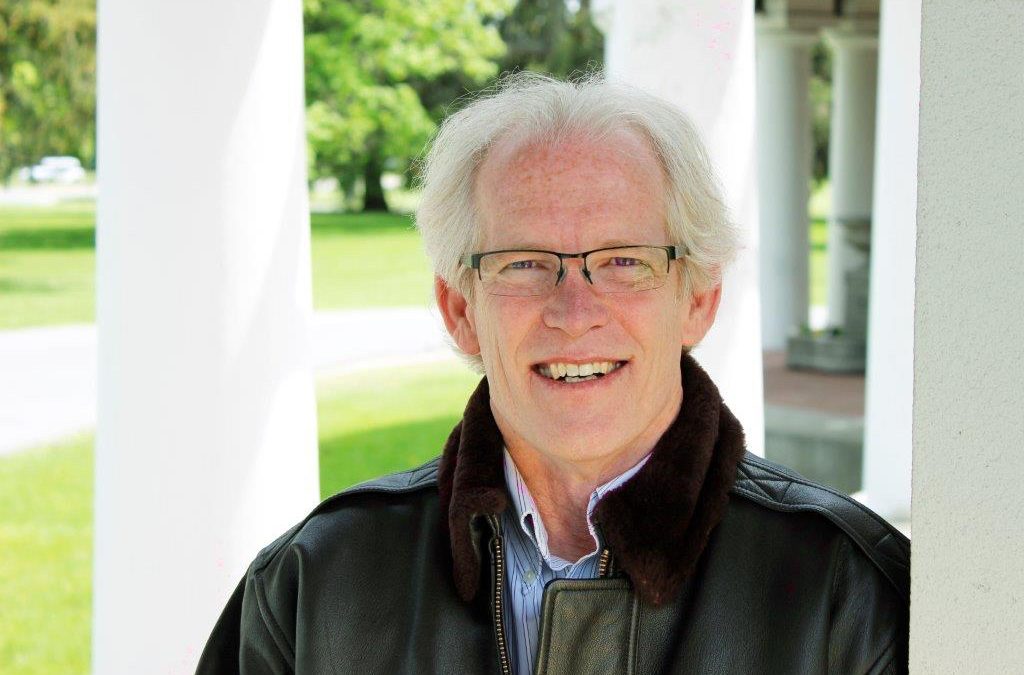 Craig Skevington, a serial entrepreneur based in Saratoga Springs, said his latest company Steadfast IT is at an inflection point, and he is preparing for significant growth.

It’s something Skevington has experience in, starting and running two other high-growth tech companies that struggled with growing pains.

“My other two companies had these points where there was hyper growth. If you’re not ready for that, hyper growth is painful,” Skevington said. “One company went from $1.5 million run rate of revenue to $12 million in nine months. That was crazy and it hurts. I don’t like being part of companies that don’t get into those growth curves. That’s where I want to get to.”

Steadfast IT, which offers remote IT services to small and medium-sized companies, saw revenue increase almost 100 percent in the 4th quarter of 2018 compared to the same quarter in 2017. Overall, revenue growth for the year is closer to 40 percent. Skevington declined to disclose revenue numbers.

Skevington started Steadfast IT in 2002 with a focus on helping companies reduce costs by sharing services, such as a data center and front office personnel. That strategy has shifted to provide IT services to companies remotely as Skevington and his team in Saratoga Springs have developed software to make that process seamless.

Steadfast’s clients include Fingerpaint, Longfellows Hotel and Restaurant and Schultz Construction, among others.

Steadfast IT spent the first half of the year investing in marketing and sales. Skevington said a lot of growth came starting in June and has continued. He is projecting 150 percent growth for 2019.

Skevington said the fast response times, and internal systems unique to Steadfast, have differentiated the company from its competitors.

The company has 12 employees based out of an office on South Broadway in Saratoga Springs. Skevington said he is hiring for two more jobs.

Skevington founded his first company, Factory Automation and Computer Technology Inc., in 1986, and brought it public as SynQuest in 2000. When he was asked to leave that company, he started Flow Management Technologies Inc.

Skevington said Flow’s revenue grew to $12 million in less than a year. Then, changes to health care regulations evaporated the company’s revenues, losing 72 percent of its revenue in two weeks. The company went from 160 employees to six.

That experience taught him what to expect from Steadfast IT.

“For us, it’s not a blip. The fact that it’s accelerating each month, I’ve seen those patterns before,” Skevington said. “We’re starting to make advanced hiring plans. Even though we don’t have enough workload to support new hires, soon enough we will and I need to bring people on board in advance.” 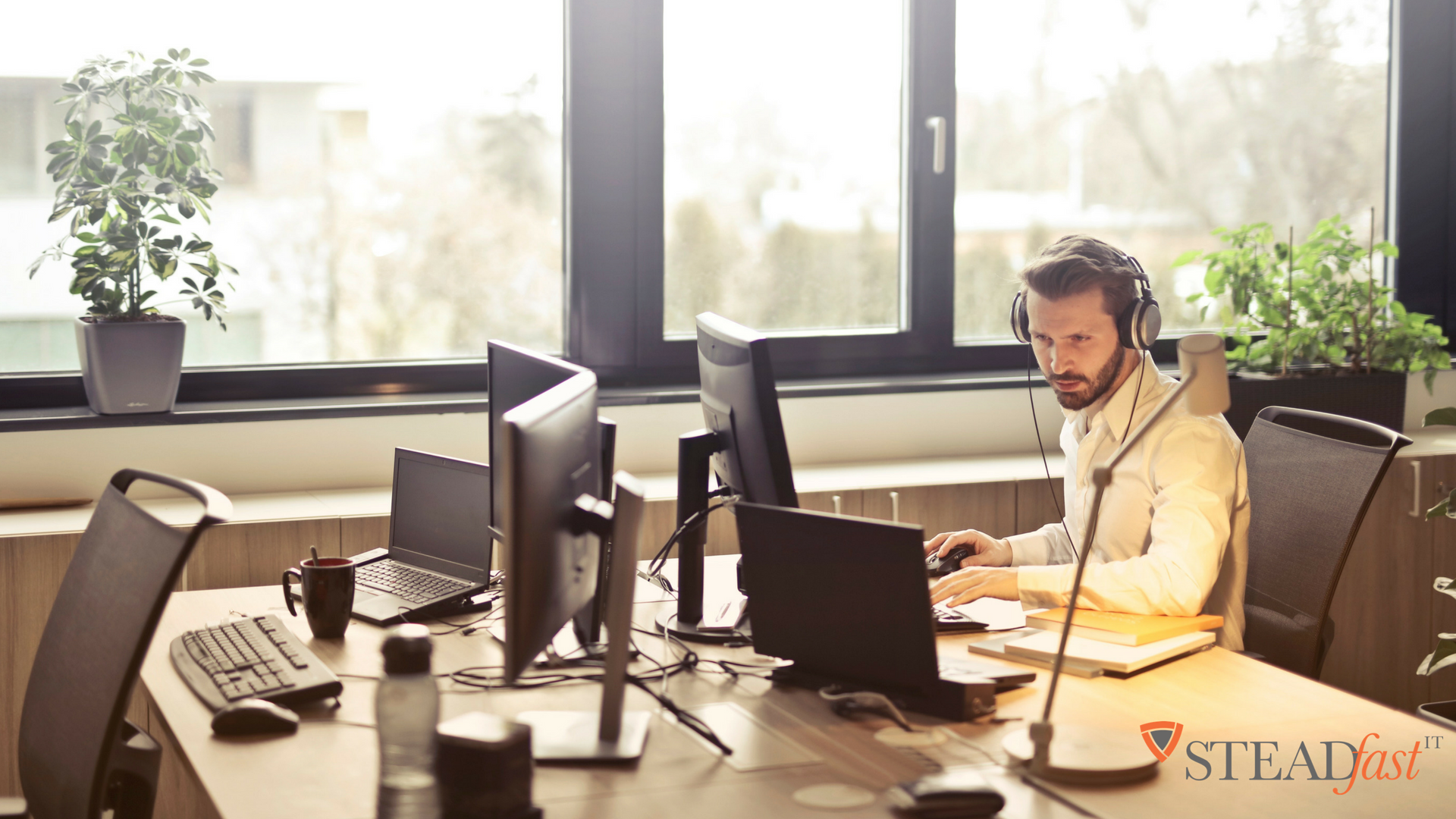 Let's Keep in Touch!
Get our monthly update email featuring tech tips & our latest news!
Your Information will never be shared with any third party.
SUBSCRIBE NOW!

Here’s What Our Clients Have To Say:

Amy Balog
16:16 29 Nov 19
SteadFast IT quickly and professionally supported our new medical practice from the start! They provided specific... customer support of our network, wiring and even a VPN to utilize laptops in patients homes. I would highly recommend SteadFast IT for your information technology needs for a startup or existing business.read more

Dawn LaTourette
22:38 08 Nov 19
Thanks to Adrian L. for his assistance with an email issue. He was very friendly and patient with me. Thanks again.

Danielle D
17:25 08 Nov 19
Adrian is very courteous, professional and knowledgeable. He goes above and beyond until the job is done.

Kelley Vite
13:32 08 Nov 19
Adrian at STEADfast IT Quickly corrected our email problem by dealing with Microsoft. Very much appreciated, Adrian!

Jamie Woods
22:11 07 Nov 19
Great service, fast results, if we ever need assistance they are only a call away. Always very patient with any... questions, STEADfast IT is a great company to work with!read more

Cheryl Murphy
21:36 07 Nov 19
Very knowledgeable and courteous customer service. Thanks for your help!

Louise Wyble
15:57 29 Oct 19
STEADfast IT gave me excellent service in getting my printer up and going. Thank you so much Duane and team.

Fred Vogel
14:34 23 Oct 19
I would highly recommend! Great service! They made our transition from our prior IT company seamless and stress free.... Putting in support tickets are easy and someone responds very quick to solve the problem.read more

Evan Burchhardt
16:56 21 Jun 19
Fantastic company with great response time. They will take the time to understand your needs and work with you to come... up with a well rounded IT solution.read more

Adam Baynard
13:37 12 Mar 19
Steadfast IT is fantastic to work with. Everyone you call or speak to directly is extremely friendly. They are very... knowledgeable and treat their customers with respect. I highly recommend Steadfast ITread more

Thomas Schin
21:08 11 Jan 19
Mike is a fantastic resource. His knowledge of the local IT space is tremendous, and he works really hard to understand... what you might need today AND tomorrow. He wants to help you plan for what might happen, not what already has. You won't go wrong sitting down with Mike and the Steadfast IT team.read more

Antoinette Di Mascio
17:50 08 Nov 18
We have been using Steadfast it for many years for our network support. They have never disappointed! Great knowledge,... kind and friendly staff, great response time. Our media company can't function without the, Great with PC and Mac. Hard to find this kind of experience. Would highly recommend! Many of our client use them as well for IT support, always rave reviews!read more

David Fizer
17:04 08 Nov 18
This is the team of IT professionals you want on your side. Pretty much any IT company worth it's salt can save the... day when a crisis hits. It's the rare company like STEADfast IT that keeps the crisis situation away so that the likelihood of a true emergency is all but eliminated. Cant recommend them enough!read more

Peter Kelly
20:43 24 Oct 18
I had a significant data disruption due to a virus in early 2018 and had to recover enormous amounts of data from... backups that Steadfast operates for me. I had their immediate attention and support, and was recovered quickly and efficiently with effectively no loss of data or productivity. It was one of the more impressive feats of IT expertise I have ever witnessed.read more

Holly Yost
20:19 18 Oct 18
I have had the pleasure of working with STEADfast IT for the last 3 1/2 years. It's simple to get a hold of an IT... person to help me, and over the years I have developed good relationships with the staff. Evan is excellent, and is always able to help. I do appreciate how the staff work diligently to help me find solutions to my issues, and also their on-site technician, Zach, is very good. This is a great company to work with.read more

Katie Roeder
16:42 05 Jan 18
The crew at STEADfast IT are the best in the business! We appreciate their prompt responses and enjoy having them in... the office. It feels as if they are a part of our team; always willing to help no matter what the issue!read more

Ava Marco
13:45 21 Aug 17
We have been with Steadfast for a couple of years now; the service is wonderful. They will keeping working on an issue... till it is resolved. Their pricing is very fair. When we call them with any question or concern we know we are getting a perfect solution to the problem.read more

Stephanie Ferradino
21:35 10 Aug 17
STEADfast IT has been fantastic to work with. They are responsive to all inquiries, patient on the phone as we... troubleshoot problems and have worked diligently to resolve all issues. I have never worked with a more professional and responsive IT group. Steve is reliable, intelligent and handles all challenges in a pragmatic way. I am thoroughly pleased to be working with them for my small business needs.read more
Next Reviews
Call Now Button